What’s the Tip Off to College Tennis? Tony Minnis takes us Inside!! 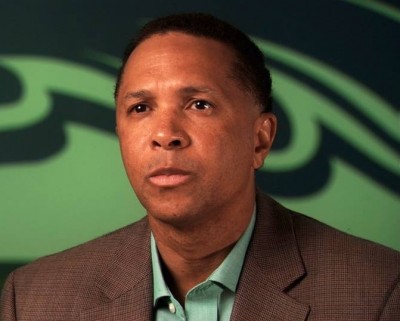 No one ever said navigating the world of junior tennis was easy.  Complexities abound from choosing the right Tennis Europe / USTA tourneys to parents in search of that perfect coaching philosophy – the difficulties cannot be overstated.  And if you found that perplexing, welcome to the world of college tennis.

College Tennis is a hot emotional topic these days!

Costa del Tennis looks to Inside College Tennis for further insight into connecting international players with American Universities. If you’re an American parent or high school player, you probably want to watch “Inside College Tennis” for a birds eye view into what modern coaches are looking for in players and what can help tip the scales for players to make the roster.

Costa del Tennis: Tony, what was the catalyst for you and the Bill Rodmann Production Shoppe to launch Inside College Tennis series?
Tony Minnis:  We felt as though college tennis is one of the best kept secrets out there, so we decided to see if there would be any interest from the tennis channel in regards to a college tennis show that goes behind the scenes and takes an in-depth look into what college programs are doing on a day to day basis. 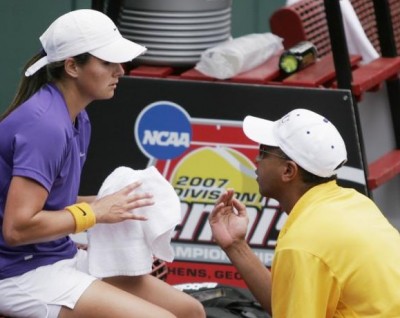 Tony Minnis:  I don’t think it’s intimidating, it’s just more complicated than people realize. The commitment that it takes to play college tennis is quite a bit more than kids realize before they come to college. Tennis is such an individual sport and all of a sudden you are part of a team and fighting for playing time, spot on the team,etc. It can be very humbling if you don’t come in with the proper mindset. 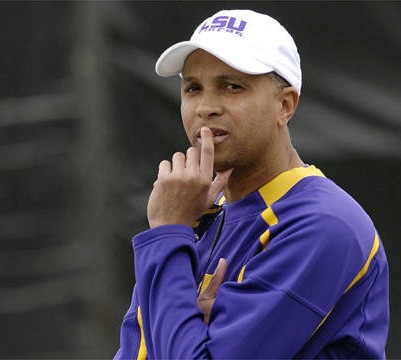 Tony Minnis:  I think in the United States there are so many other sports for kids to choose from that are popular in the US. You have football, basketball, baseball, volleyball, soccer, track, golf, LaCrosse, etc. Internationally tennis is more popular, so there are more players for coaches to choose from. Also, by bringing international players, you can raise the level of your program which makes the level across the board higher too.

Costa del Tennis: All things being equal, can international exposure and experience influence a coach’s decision whether to choose a player or not?  Why?
Tony Minnis:  Definitely! For example, in 1994, I signed a great Brazilian player named Suzana Rodrigues who qualified and reached the quarter-finals of the NCAA tournament her freshman season. She then introduced me to several of her friends in South America and over the next 11 years, I signed 8 other South American tennis players in which 4 ended up being All-Americans and helped propel the program to the highest level it had ever reached.

Costa del Tennis:   What would your advice be for International parents and kids looking to play tennis in the USA? What’s the best way to get coaches attention if you live outside of the country?  How are coaches finding these kids?  (agencies, youtube, tennisrecruiting.net) 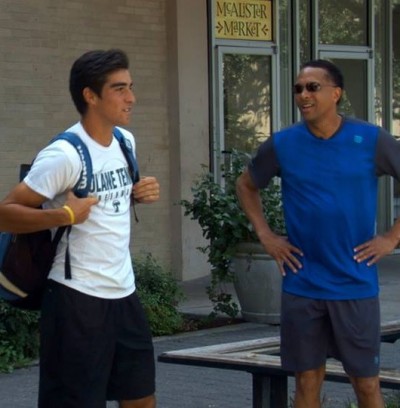 Tony Minnis:  My advice would be to send a initial email to a Coach at a University that you are interested in attending and in the email, make sure you send your ranking or results. This will always catch the attention of a Coach. Also, Facebook is a tool  being used a great deal now and it’s not a bad idea to send a video of a match recently played. You also want to include any future tournaments that a kid may be participating in because coaches are now traveling all around the world. Or you can always contact an agency with connections to coaches in the US that will make the search for a scholarship a much easier process.

Costa del Tennis: Once a kid finds a spot on a roster, what can they expect transitioning from Juniors to College tennis?  Where do most kids struggle in this transition?

Tony Minnis:  This question is one of the main intentions of our show! I find that the biggest transition that kids have is understanding the commitment and competition faced in college. Usually practicing 6 days a week 3 to 4 hours a day. It is usually much more intense than what was faced in junior tennis.Also, for the first time the kids are on their own with no parental supervision.

It’s a small world after all…

While not everyone agrees international players should have the opportunity to play in the US, the sheer fact that education + high level competition is offered in the US, continues to make the opportunity attractive to international players. These students not only add high level competition to American college tennis, but tremendous  drive, maturity and different life experiences. USA and international team players seem to get along quite nicely with mutual respect for their cultural backgrounds, the team they play for and the sport overall.