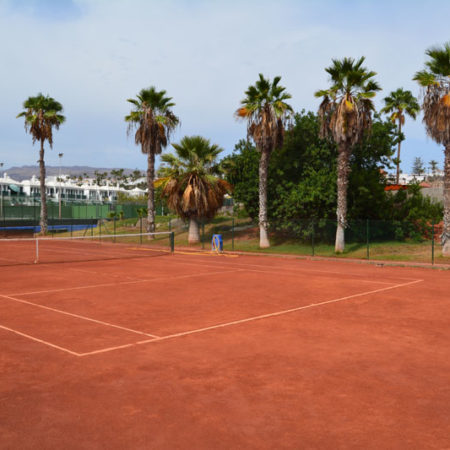 Tennis players use a variety of strokes and styles on court but all levels & nationalities do one thing accordingly;  follow the sun to Maspalomas come Winter.

Tennis in Maspalomas happens in the south end of Gran Canaria, Canary Islands. It lures international tennis players from cold regions of Europe.  Many escape the brutal cold months by calling Maspalomas home for extended periods of 6 months or more.  Others claim Maspalomas a week long destination with terrific tennis & golf and a large variety of beaches.

Playing tennis in Maspalomas during the Winter season

The reality is that tennis clubs in Maspalomas are few.

Tenis Center Maspalomas is the main club with clay courts in the south of the island and it gets booked sometimes a year ahead. Many Europeans come here to play from November to March. So if morning tennis is your thing get on the sheets ASAP.

Want to jois during the Winter? Check our Winter tennis camps in Gran Canaria.

If you want privates at Tenis Center Maspalomas please write to janaina@costa-del-tennis.com.

There is another club not far too away in Playa del Ingles (next to Maspalomas) with artificial grass courts of good standard. The name is Tennis Holycan but is not nearly as nice as Tenis Center.

When is the best time to play tennis in Maspalomas 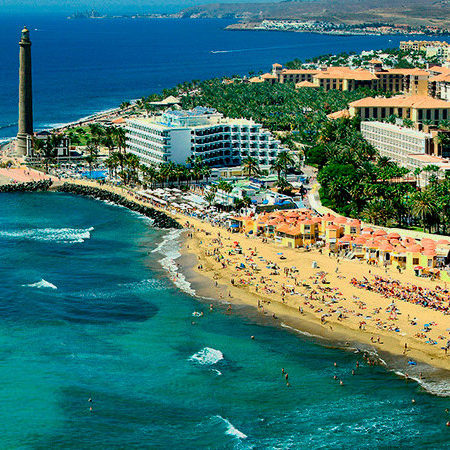 What languages do most people speak?

Although you’re on a Spanish island you will find your own or English language spoken at every turn in Maspalomas.

Restaurants of every country dominate the culinary spectrum with Spanish tapas, of course included.

Tennis for Expats in Maspalomas

For those looking for privates or semi-privates on any week of the year, contact Jana at janaina@costa-del-tennis.com.

Keep in mind any program with Costa del Tennis will be challenging on court.  So come prepared to play and don’t forget to pack the sunscreen!

Want to play tennis with us in Gran Canaria?