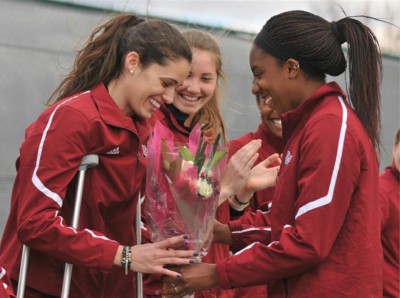 Costa del Tennis latest tennis interview talks with Barcelona native Júlia Comas Espona at the University of Massachusetts Amherst about Varsity tennis, culture & lifestyle by way of Espana.
Júlia’s a senior now with a Biochemistry major who’s interested in cosmetic science & been playing tennis since she was 6 yrs old.

While she clearly holds her time at UMass Amherst with great admiration & outstanding memories, this Barcelona girl is heading back to Spain.

Costa:  What age did you start playing tennis?  Were your coaches helpful in promoting your growth in tennis? 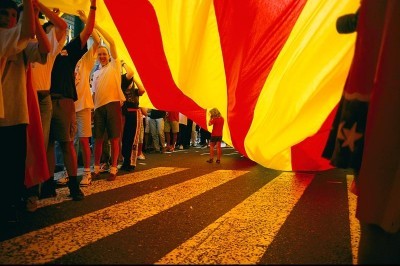 Júlia:  I started playing tennis when I was 6. At first I was only playing once a week and it wasn’t until later on when I began playing more often and I started finding tennis a very interesting sport.

The fact that I’ve had the same coach since I started competing until I went to college helped me a lot. All the years I spent learning from him definitely helped me grow as a player.

Costa:  As you know here in the States we have ranked (high level) juniors who want to play for college. In Spain there aren’t college sports but federated sports. Can you explain what being a federated player in Spain means?

Júlia:  In Spain there is no such thing as college tennis so if you want to keep playing at a high level, the only option is to compete on your own. You have to sign up for tournaments yourself and try to combine both tennis and your studies. 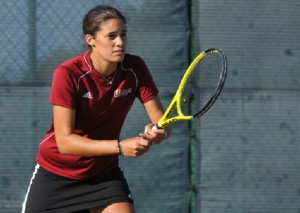 Costa:  What makes Spanish tennis so special? Everyone looks to Spain’s coaching systems at the moment as the best. What makes the players so strong in your opinion?

Júlia:  One of the things a lot of Spanish players have in common is the mental strength probably due to playing a lot on clay, because it makes the points longer, which makes you tougher. Besides this, Spain has a very good coaching system and the players are well trained since they start playing.

Costa:  In the United States high level players get scholarships. In Spain they don’t give scholarships for sports and most of the greatest universities are public. Sometimes there’s controversy about how so many US scholarships go to International students.  What’s the lure to come here? 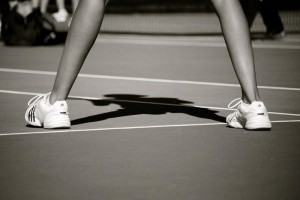 Julia:  Personally, I think the main reason why international people come to the USA to play and study is for the great education system this country has but also because, specially in Europe, it is usually hard to combine both tennis and studies.

I have a full scholarship and the main reason why I came to the States was because I wanted
to go to college but I knew I didn’t want to quit tennis.

Combining both tennis and college in Spain was too difficult and I found the choice of coming to the US a perfect opportunity for
me.

Júlia:  Personally, I’m more of a hard court player so I don’t miss red clay that much. I’m a more aggressive player and therefore, hard courts fit better with my style of game. 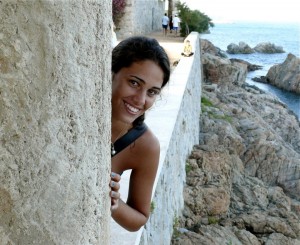 Costa:  How did you and UMass Amherst find each other?

Júlia:  I did everything through an agency that looked for universities that would be interested in me and then they contacted me. I had a few more options but I finally thought UMass Amherst
was my best choice.

Costa:  You played for Real Club de Barcelona for a bit, how was your training there and your overall experience?

Júlia:  I never practiced there, only played for their team for a few years. I had a great time there and
it was a good experience overall. 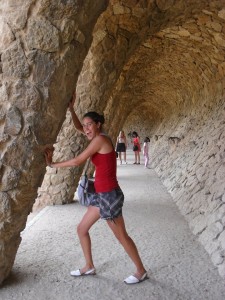 Costa:  We love Barcelona for its diversity, innovation and beauty – what’s your favorite part of Barcelona?

Júlia:  I personally love all the Gaudí monuments. I think they are very unique and contribute to make Barcelona a special city.

Costa:  For college teams traveling to play in Barcelona for Spring Break or Summer Camps what would you recommend a must see sight is before returning to the states?

Júlia:  I would recommend them to see “les rambles”, “sagrada familia” and “parc guell”. There are plenty of places to visit but these three are my favorite.

Costa:  How would you describe the cultural differences between the USA & Spain? 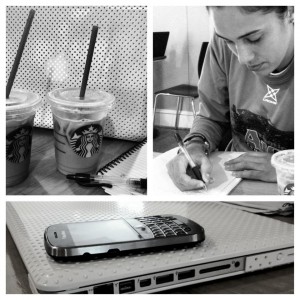 Júlia:  They are both very different. I would say Spain is a little more relaxing as a country. And one of the things I like the most about the US is its great diversity of culture and race, which I think makes it special.

Costa: Does your game plan after graduation include tennis at all?

Júlia:  As for now I’ll go back to Barcelona to study a masters and I don’t think I’ll have a lot of time
left for tennis.

Costa:  Are you looking forward to returning to Spain after school?

Júlia:  After four years I’m really looking forward to go back home and spend time with my family and friends, but I’m absolutely sure I’ll miss the US as well!