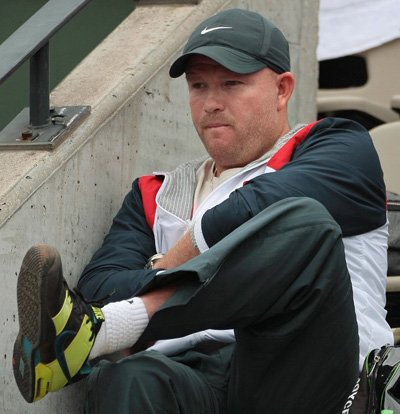 Coach Michael Joyce, a former player from good ole’ Southern California. He turned professional in 1991 reaching his highest ATP singles ranking of World No. 64 in 1996.  In 2011 he started working with Jessie Pegula taking her from # 900 to 120 within 2 years.  And of course he’s most well known for his 6 years coaching Maria Sharapova!  Mike’s a low key guy, not big on celebrity or tennis interviews so we’re super grateful to share his time.

Here’s what I like about Mike Joyce.  He’s kind, humble, real, and seems to understand women!  Best of all Mike Joyce has character, something the USA game needs here at home.  And we’re just happy to crack some smiles with him and talk some modern tennis ~

Costa del tennis:  How would you describe the state of American tennis?  Do you feel it ends at college? 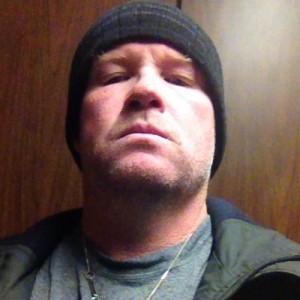 Michael: There’s no doubt that American tennis is struggling these days, especially when we’re comparing it from 10 to 15 years ago. I think the main reason for this is that the sport has become much more a priority in other countries. It’s the 2nd & 3rd most popular sport in Europe and Asia. Where in America it’s much further down. So I think many of the good athletes and kids gravitate towards other sports at a young age here at home. Also for the top colleges to be competitive they have to recruit players from other countries as well, so it’s much tougher to get a scholarship these days.

Costa del tennis: In Spain the men are dominating the tour but certainly not the women past Carla Suarez. Why do you feel the American women are having more success on the American tour than the men?

Michael: “One thing I’ve noticed in all my years being around tennis is that usually a group of players breaks through together – like in a cycle.”

Typically if a player does well there’s  usually a group of players of similar age & country that work their way up the ranking together. I think that’s what’s happening with Spain now and also with American women. I think its part mental. You see a peer succeed that you’re close with and you feel like you’re capable of doing the same thing! Also they’re usually practicing and training together which also raises the level.

Michael:  Female & Male tennis is like coaching  2 different sports. Obviously the sport and the X’s and O’s are pretty much the same, but the big difference is the emotional & physical side. Obviously every situation is different but I find the men are less sensitive about the ‘little things’, like how they look or feel, boyfriends, etc.  I think it’s more mens nature to compete day in & out. Where sometimes the women have other instincts & interests. I think coaching women is a lot more about psychology than the men.

Costa del tennis:  What about the roles of parents in tennis?  How much should they actually be involved in the players development? We recently had an American  junior boy in Spain who was such a handful for the coaches that he was asked to either get on board & respect their program or leave the academy.  The kid got on board for his short term there but it was rough.  What makes the American kids so disinterested in tennis and the parents such pushers to develop average talents?

How do we truly engage kids in the sport & keep them interested here at home? 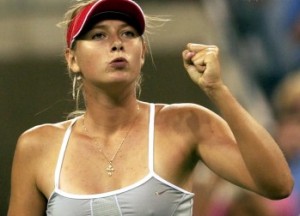 Michael: This is a very tough and tricky question to answer because every kid and every situation is different. One thing for sure is that every great player has had a parent or family member who was willing to spend the countless hours working on their games from a very young age. For example, Robert Lansdorp was my coach from 8 years old.  However, I never took more than 1 hour a week from him my whole life.  Also he only watched me play a handful of times all through the juniors. So my dad would go to my lesson then work all week on the things Lansdorp showed me. Also I learned strategy from my dad, other coaches & players that my dad would hire to hit with me.

Maria was the same way, her father never played tennis but he would feed her balls, take her to tournaments and he learned just as much from experience as she had. The most important thing though is that parents have open minds and let the coach do their work while the kids are with them. Parents think they know everything – and that will never work. Remember it’s not about picking apart a players game, that’s easy to do. It’s about getting the kids to listen and improve.   Lots of times the kids won’t have the same respect for the parents as coming from a different voice.