Best Tennis academies in Spain – How to find them. 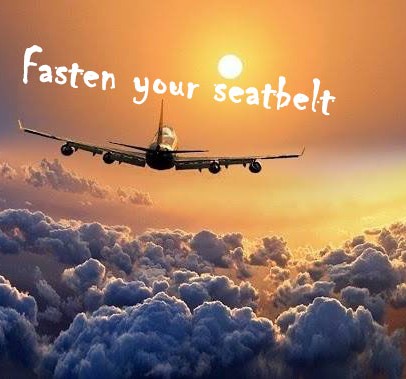 I believe many tennis academies in Spain are great and so are coaches.

But this so called ‘Spanish system’? I think it’s a terrific marketing tool but not more.

Each academy has its own system like anywhere. But are all coaches following the same ‘Spanish system’? – no.

Is it worth heading out to a big brand name tennis academy?

Maybe, but do your research.  We put some serious air miles into finding the best tennis camps in Spain before we found out perfect match.

It’s a game of human connection after all.

You won’t find training from the person in the glossy photo so it’s important you find coaches who take great care in working.

My favorite Spanish coach, Jofre Porta has his own system called ‘Global system’ that goes much deeper than basked drills. Point being that you’ll find each academy beats to their own drum. 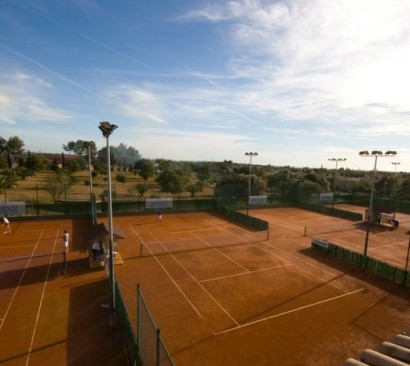 But unfortunately most of them are very expensive due to their marketing presence.

The truth is if you’re on the hunt for your player to experience a different surface and the hugely touted Spanish drills, you should go, but do your research first. 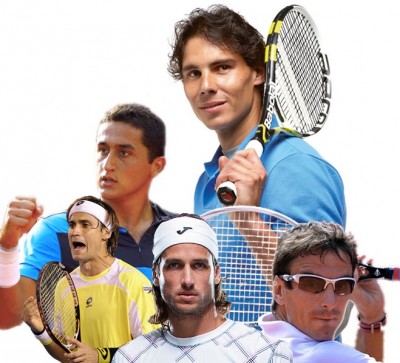 In Spain kids figure out very quickly that other players on court work hard here – respect coaches and the physical grind is part of the process.

It’s also what gets players conditioning to be top notch. That and the undeniable slow clay courts, where points never seem to end!

Mom & dad aren’t hovering around many times because kids board with other players, while parents either vacation or simply stay at home.

It’s not to say that parents can’t watch practice sessions. But they quickly come to learn their ‘comments from the peanut gallery’ aren’t appreciated from the coaches.

Spanish juniors aren’t playing for mom & dad. The fight they exhibit on court is all their own heart!

Places like, Barcelona, Mallorca and Valencia are packed with junior tennis camps.

And getting your player into an international tennis setting adds variety, challenge, character & confidence, on a whole other level.

Although getting immersed in a local Spanish academy like this one in Barcelona with mostly Spanish kids also has tremendous value.

Winning all Around with International players 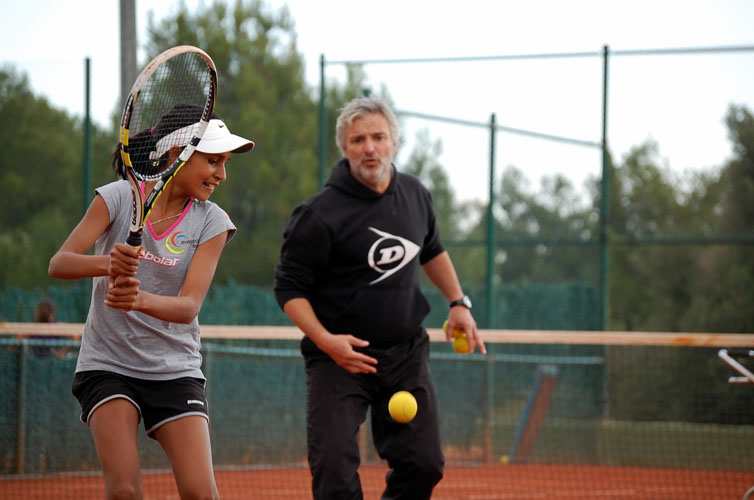 Shameless plug but I chose a great partner for my international junior players.

Not only does Jofre Porta reside on campus with his family & players, but he’s on court with them daily! He’s not a face on a billboard!

What a TOTAL tennis/life experience to be coached by a guy who loved tennis like Porta. He’s unorthodox and daring with his coaching system. And it works. He didn’t take 1 but 2 WORLD #1 players to the very top – Carlos Moya and Rafa Nadal.

Now that’s what I call ‘winning all around’.

To play at this top Spanish tennis academy go here.