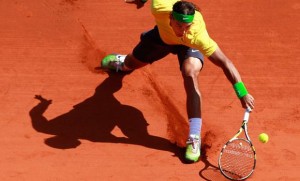 Every year I transition clients from indoor to outdoor season –  that means hard courts to Har-tru courts.  I hear the familiar, “what’s happening..I can’t get my timing down” and I explain, they have to adjust to the difference in court surfaces.  Shortly after, they find their groove as timing & footwork come together – albeit slower – on the clay!  Many players don’t have the good fortune to have Har-Tru courts let alone the Real – European RED clay courts that makes Roland Garros in France and the Madrid Open in Spain so stylishly sexy.  You can’t help but stare and wonder…what’s it like to play on it?! Our travelers love the experience of playing on this surface for their tennis camps or holidays in Spain.  The French appropriately have bragging rights when it comes to the prettiest Slam around – Roland Garros.  And no doubt because it feels noble to be in the Red’s presence.

So what gives..what makes the European Red Clay tennis courts vs. Har-tru courts so righteous?

For starters, the green Har- tru clay courts found at many of your local country clubs is popular in the USA.  Har-Tru is a brand name for the clay used to surface these courts.  And although green & red clay courts are similar; the green plays a bit faster.  The ball doesn’t bounce as high, winners are still possible, and a big serve can still be useful. 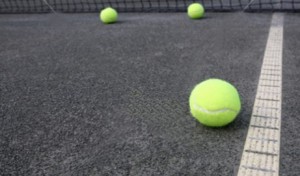 Red (and orange) play very slowly.  It’s difficult to hit winners and because of that your opponent has a better than average chance of getting to your impending power punch.  The balls bounce a lot higher here than hard courts & any kind of spin is exaggerated on the red.  Topspin is off the charts, kick serves pop and slice many times just dies – it’s so low.

So when coming to play the clay…here’s your Red Clay Bag Check for the day!

Any cookies that may not be particularly necessary for the website to function and is used specifically to collect user personal data via analytics, ads, other embedded contents are termed as non-necessary cookies. It is mandatory to procure user consent prior to running these cookies on your website.