Special is the experience you’ll encounter.  Sacred is how tennis is revered. Serious because it needs to be and Spain is where it’s located. 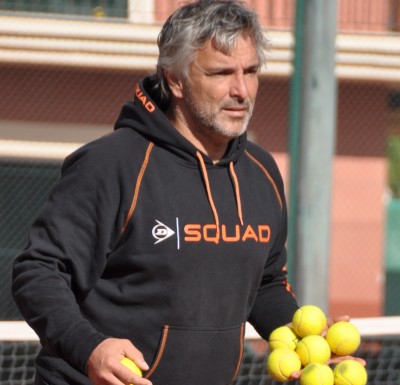 His name is Jofre Porta, Owner & Director of a small rustic boarding academy in Mallorca (Balearic Islands) with a passion for maximizing tennis players true potential.

Celebrity run advertising campaigns, a pool, lots of tennis courts or a state of the art facility.

Your true identity on court, 5 clay courts, international players ripping tennis balls, experienced coaches trained by Jofre who understand how to connect with players & get them to their ideal level. You will also find honesty.  The true life of a tennis player is his sole priority ,everything else is secondary.

Players, parents and coaches scout him ­based on reputation and a desire to experience Global Tennis Team Academy first hand.

From the moment I met him, I knew I was in the presence of something, genuine and more real than I’d ever experienced in a coach.

After our initial meeting Costa del Tennis never thought twice about partnering with Global Tennis Team for our most passionate tennis players.  Although camps during the Summer and Spring are the most popular options due to major holidays, this academy is available year round.

We send a good amount of players to Mallorca every year – from juniors doing 1 week training programs alongside their parents to juniors boarding for a year including schooling.

At this academy even the shortest program is an intense one. On top of their regular training we give our players 2 extra hours of private instruction to complement the program, which really helps them amp up the progress even more…The return rate is simply incredible.

Other academies state excellence but this academy in Mallorca is a reality. In fact, if it weren’t for others talking about them I’m not sure Global would feel the need to advertise at all.

Jofre, originally from Barcelona, set up his tennis academy in Mallorca for players of all ages & competitive levels in order to grow tennis his way. And he’s been doing it with 100% effort from the days he took the young Rafa Nadal and Carlos Moya, (both Mallorquians), to world champions. 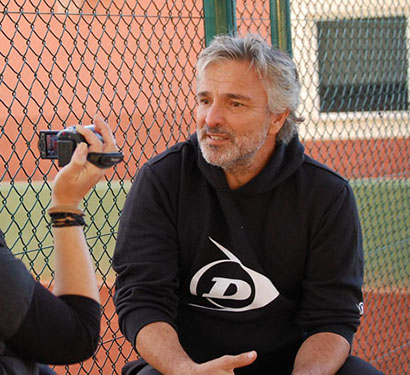 Since then he continues to study all aspects of players, mental, physical, coordination, and tactical performance to enhance players to become elite tennis players. Word of mouth about Porta moved countries from around the world with invites for him to speak and showcase his teachings.

He is held with such incredible esteem throughout Spain’s high performance coaches and the tennis world at large.  To know Jofre Porta is an honor, learning from him is a whole other level!

For parents sending kids to board it’s an educational experience.  Sundays is a day of rest and kids are chaperoned to the cinema, village fiestas and beach.  The kids are really like family.

Although our specialty is adults we waste no time in partnering with the very best for our juniors players.

What I knew and what I didn’t know 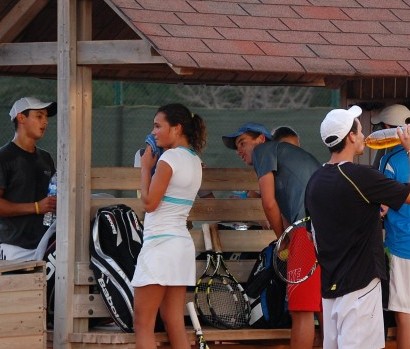 Of course I knew he was Carlos Moya’s long time coach and Rafa Nadal’s (with Toni Nadal) technical coach!  I knew he was the Technical Director for The Balearic Tennis Federation and that he spoke at worldwide tennis conferences.

I knew Jofre’s entire curriculum, but what I didn’t know was that this outstanding character was for real.

He’s a psychology guy with a free spirit, guru of humanness and the game of tennis. His team’s job is to get the best from you, in a very short time.

He is simple, kind, without ego and 100% about ‘The Life’ of a player.  His philosophy on and off court has been embedded into his staff and the players who train at his academy. It begins with dedication, hard work, respect and humility.

Global doesn’t separate the technical­-tactical-­physical­-mental parts of the game;  it’s referred to as Global’s Integrated System, not the highly marketed, ‘Spanish System’. Each coach teaches the same method and ­each player is exposed to all coaches. As soon as a core connection is made, results come rapidly. 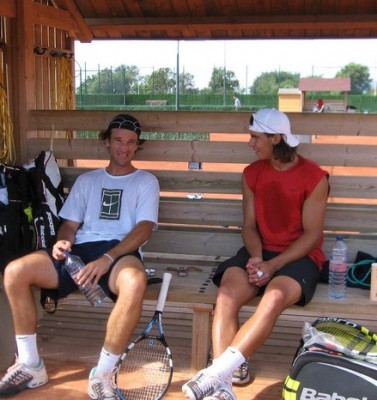 Players at this academy in Mallorca respect the coaching system, work ethic and code of conduct or they’re simply asked to leave.  Parents respect their own limitations while Jofre’s team works on court.
Over protection is not a way of life at the academy. At Global, players work hard for results. Some make it on tour, some don’t, but most arrive with the intention.

The intensive training, life abroad, clay courts, discipline and multi­national players make this a rare experience, whether you stay for a week or four years. At the end of the work day, it’s a ­ happy family, tired yet enthusiastic about why they’ve come together.

Global Tennis Team only requires you to come with humility and love for the game.

They’ll teach you ‘The Life‘ of a  player. The rest is up to you.