College Tennis interview with Jarmere Jenkins before he steps on Tour.

Costa del Tennis loves their college tennis and often times gets to interview up & coming tour players.  We especially love extraordinary stories like Jarmere’s Jenkins. Whether meeting players prior to their trip to play in Spain or entering the pro tour (Sloane Stephen’s interview), Costa del Tennis wants to ‘get to know them‘. Connecting is the most fun for us! 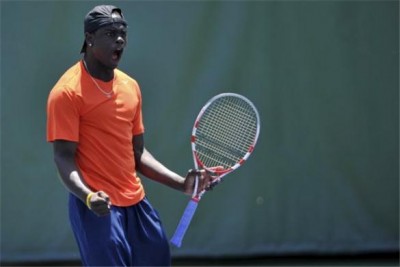 Meet Jarmere Jenkins from College Park, GA…a top performer for the University of Virgina Cavaliers, which is again #1. Jarmere, now a college senior is about to graduate to the ATP Pro Tour. This is an interview I could have had last forever…and I know the trend is to keep it simple but with Jarmere – that’s difficult. There’s a lot to this very mature young man who came from tough financial beginnings, 8  siblings (6 fostered) and 2 incredible performing parents. Jarmere credits his parents for working extreme schedules allowing tennis the focal point for keeping the family connected. Even Oprah made sure she had an introduction to the Jenkins clan!

Jarmere’s father, self taught, coached Jarmere from age 4 – 12 and again when tennis organizations didn’t provide enough funding for elite training.  His mom coached him ‘to get his goal in mind’ and that he did. Selfless parents created solid kids and Jarmere’s solid. He excels off court as much as on – working hard in his early college career at UVa to cultivate his person 1st and player 2nd. He’s found a tremendous support system as well through coach Brian Boland and his UVa teammates.

This guy’s athleticism is fierce and to be feared. His movement – electric, his sensibilities – strong, his showmanship -fun! You just know he’s having his own party in front of a crowd.  And for Jarmere..the bigger the better.  Let’s face it, we lack personality in American men players right now and I’m excited for him to make his mark. Jarmere likes to make history, and something tells us he’s only just begun. 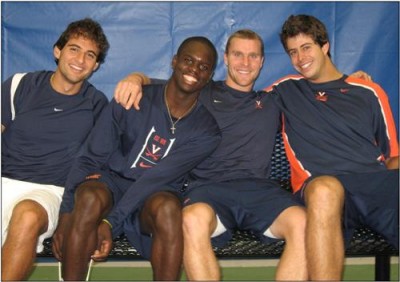 Costa:  What made you choose college before the pro tour?  Have you ever regretted that?

Jarmere:   I wasn’t ready. Deep down I knew I did not have the maturity and the confidence amongst other things needed to compete with the professional players at the time. College seemed like the right

avenue for me to pursue in order to better myself and improve my game mentally and physically. I have never regretted making the decision to come to college. In fact, I think it’s one of the best decisions I’ve ever made. I have matured and gained the confidence I had hoped for to compete against the pros. In a couple months,I will have a degree from one of the most prestigious schools in our country. I have a network of friends and family that I could never dream of had I not committed to college. And most importantly, this experience has made me a better person.

Costa:  Why UVA?  I heard you were courted by all your top choices.  What was the deciding factor to go to UVA?

Jarmere:  I am a big fan of becoming the first person to do something. Out of the top schools that were on my radar, UVA was the only school that had not won a national title and had not had an African American play for them. I thought to myself, why not go make history? It was this on top of a very driven Brian Boland.

Costa:  As a senior about to end his college career, how are you feeling about leaving such a support system in UVA for the pro tour?

Jarmere:  It certainly will not feel like I’m leaving at all. If I have learned anything at UVA since I have been here I have learned that we have the BEST support system on the planet hands down. The amount of love we get at our home matches and especially during NCAA is something special. The tennis community at UVA is something that I will always be a part of and it will always be a part of me. 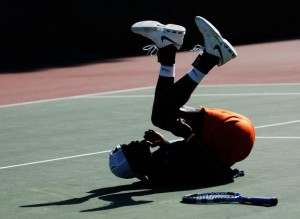 Costa:  The Jenkins family.  8 siblings, 2 champion parents, some rough financial times and a love for a sport that brought loads of positivity to your family.  How did you get so lucky!!  Can you explain your family dynamic in regards to your tennis career and what it was like having them on the sidelines for you?

Jarmere:  I’m blessed. We have been through some rough patches here and there but my parents have always found a way to provide for us in a way that I could not be more thankful for. There were a lot of times growing up my family would squeeze into a car, drive down to a tennis tournament a couple hours away and we would rent a hotel room or two for a week until I was finished competing. On one hand, I felt really bad for taking up my sister and brother’s time when I’m sure they wanted to do other things. On the other hand, I felt equally as bad for us having to share small hotel rooms for days sometimes a week at a time. But it always motivated me to win and often times I was able to make the trip worthwhile by doing so. Oprah Winfrey called us the extraordinary when we were featured on her show years back. I definitely think we have earned that title.

Jarmere: I love it. There’s just something about me that allows me to zone in when the moments big or the crowd is big and I am just able to use that energy and play well. I’m a pretty shy guy off the court and I HATE doing presentations at school with a passion. In fact, the first thing I look for in any syllabus I receive on the first day of class is presentations. If I see that a presentation is listed, I drop the course. I guess when the spotlight is on me; I’d rather have a tennis racket and a yellow ball in my hand.

Costa:  No question you’re an incredible athlete & player, but everyone raves about your 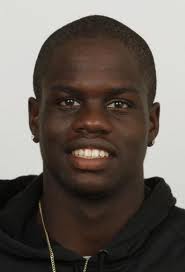 PERSON.  Where did you get such a great life perspective & determination?

Jarmere:  They do? Haha. That’s awesome. I think coming from such a humble background has allowed for me to gain such perspective and determination you speak of. I have a lot to learn still but I think living by my golden rules and developing such great relationships has had a lot to do with it.