Albert Costa Interview: The Allure of The Barcelona Open

Albert Costa won The French Open in 2002, helped Spain win their first Davis Cup title in 2000, retired from the tour in 2006 and was named Spain’s Davis Cup Captain in 2008. He continues to be a powerful influence on Spanish tennis, as well as an elite tournament promoter. Today he is the Director of one of the most important tennis tournaments in Spain, The Barcelona Open. 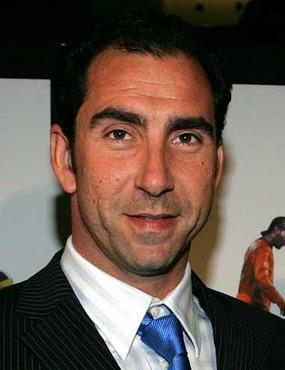 Costa del Tennis:  Albert, how did you come to be Director of the Barcelona Open and how does it feel directing such an important tournament in your native city, Barcelona?

Albert Costa:  I became the director of the tournament when the president of RCTB1899 contacted me after winning the elections of the club. To me it’s a huge honor to direct this tournament with so much history. At the same time, it’s a big responsibility, but I’m so fortunate to work with such an amazing team.

Costa del Tennis:  For tennis lovers traveling to the Barcelona Open,Trofeo Conde de Godó, what are some advantages of a more intimate tournament like The Barcelona Open in a destination like Barcelona?

One of our favorite things is that daily admission to the RCTB sets spectators up for  matches from morning till evening!  There’s no such thing as morning or evening sessions~

Albert Costa:  There are innumerable reasons to come to the Barcelona Open Banc Sabadell, but of course a very important reason is that this tournament is played at one of the most prestigious tennis clubs in the world, where the hospitality & environment is more social and the spectators get to see the players from a very close distance and of course it’s held in a wonderful city like Barcelona!!

Albert Costa:  Yes, besides the premier Spanish players we’ll have a host of other International players sign on. Today we can guarantee that we’ll have one of the most competitive tournaments of its category (ATP World Tour 500).

Costa del Tennis:  The tournament promises to be a guaranteed success in part thanks to you and your team!

Thanks very much Albert, we’ll see you in April!

Albert Costa:  We look forward to welcoming everyone to The Barcelona Open!